There are 14,438,445 (20.01%) Scheduled Castes (Dalits) and 794,697 (1.10%) Scheduled Tribes (Adivasi, literally indigenous people/first dwellers) in Tamil Nadu (Census of India 2011). They are pushed to the bottom rung of society in several human development indicators. While the literacy rate of the general population is 82.15% for the Scheduled Castes it is 73.26% and for the Scheduled Tribes it is 54.34%. Several protective legislation and social security measures for their well-being remain in the statute books.

The cases registered under the Scheduled Castes and Scheduled Tribes (Prevention of Atrocities) Act 1989 continue a sharp increase from 2007 (1359) to 2014 (1636) while the convictions have plunged. In the meantime, the number of atrocity-prone villages have gone up from 407 to 471. In 2009 it reached a peak of 680 atrocity-prone villages. After a secular decline from then, it has again increased from 2012 onwards.

HRF has been active in the National Coalition for Strengthening the Scheduled Castes and Scheduled Tribes (Prevention of Atrocities) Act, with a key role in drafting amendments to the SCs and STs (PoA) Act 1989 and Rules 1995 which were passed by the parliament in 2015 and notified in 2016.

For economic justice, the Tribal Sub Plan (TSP) and the Scheduled Castes Sub Plan (SCSP) are the key provisions. There is a need to legislate to make these allocations and support mandatory with sufficient accountability of the officials in charge. HRF, together with our coalition partners, has submitted a draft bill to the Government of Tamil Nadu for consideration. 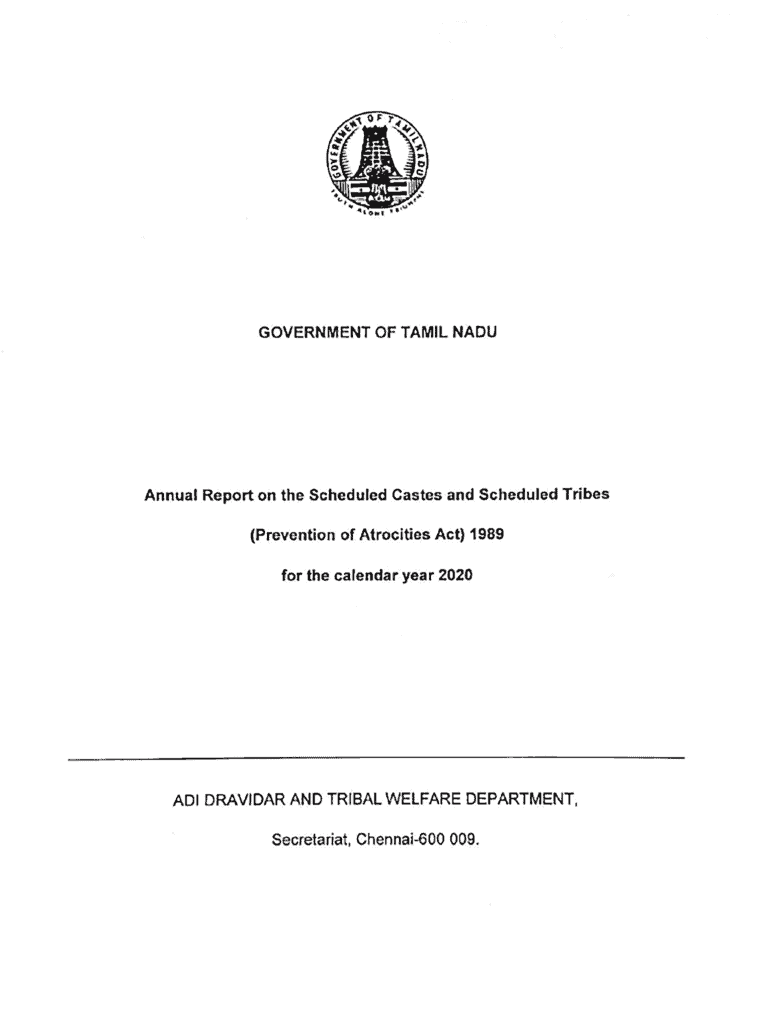 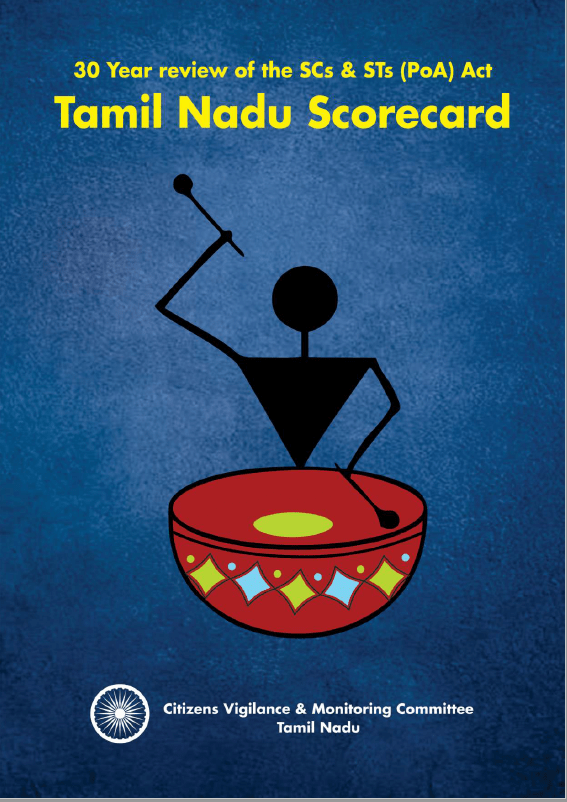 The thirty year scorecard of the implementation of the SCs and STs (Prevention of Atrocities)... 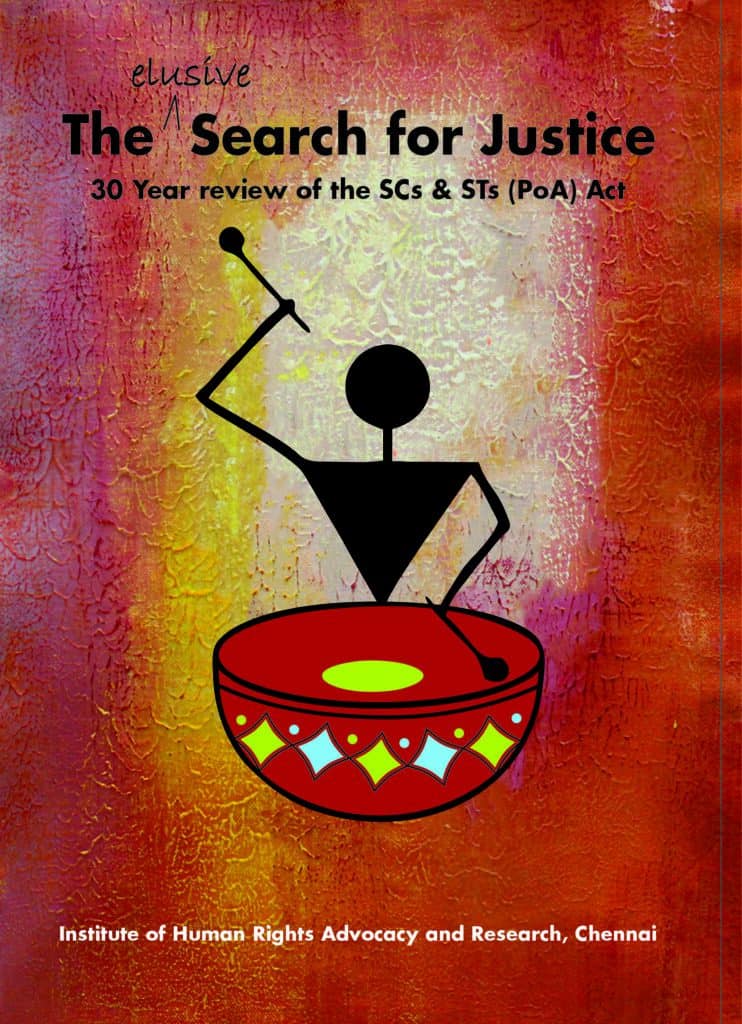 The Elusive Search for Justice

30 years… the search goes on Thirty years is a short time in history, yet... 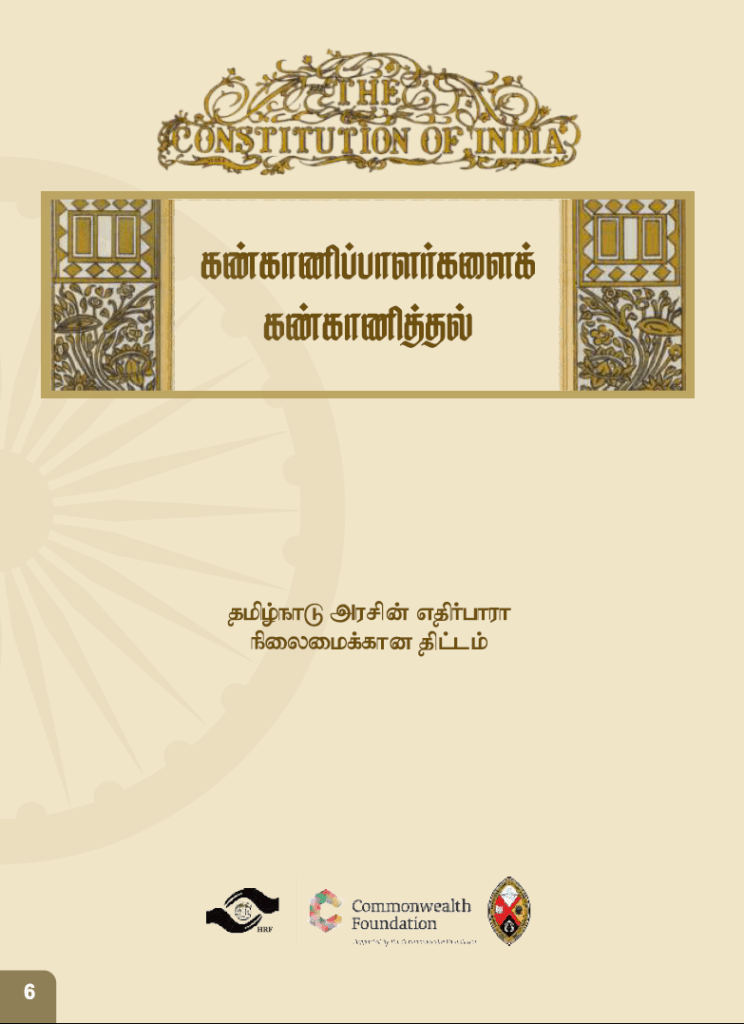 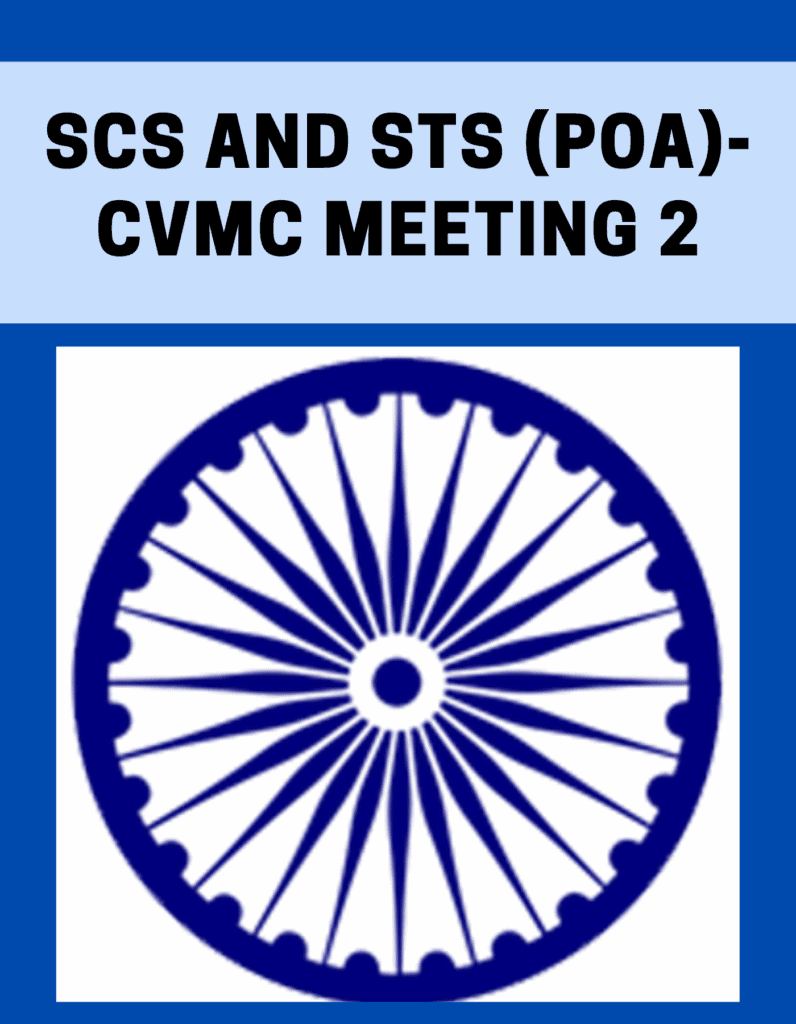 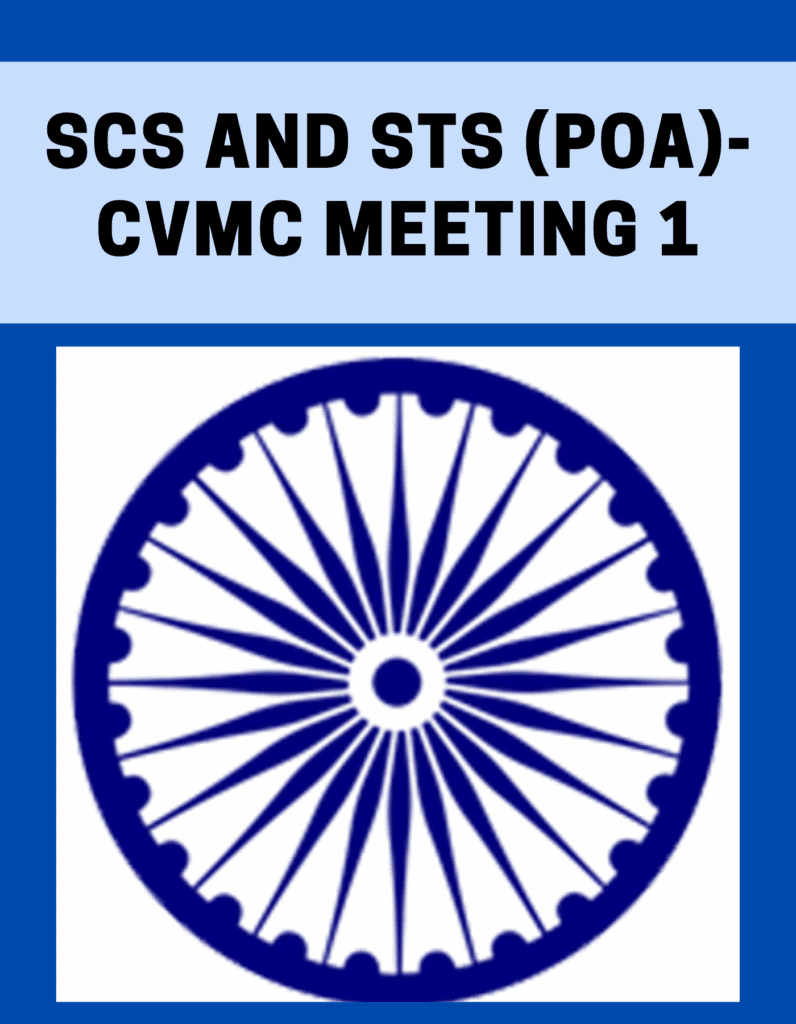 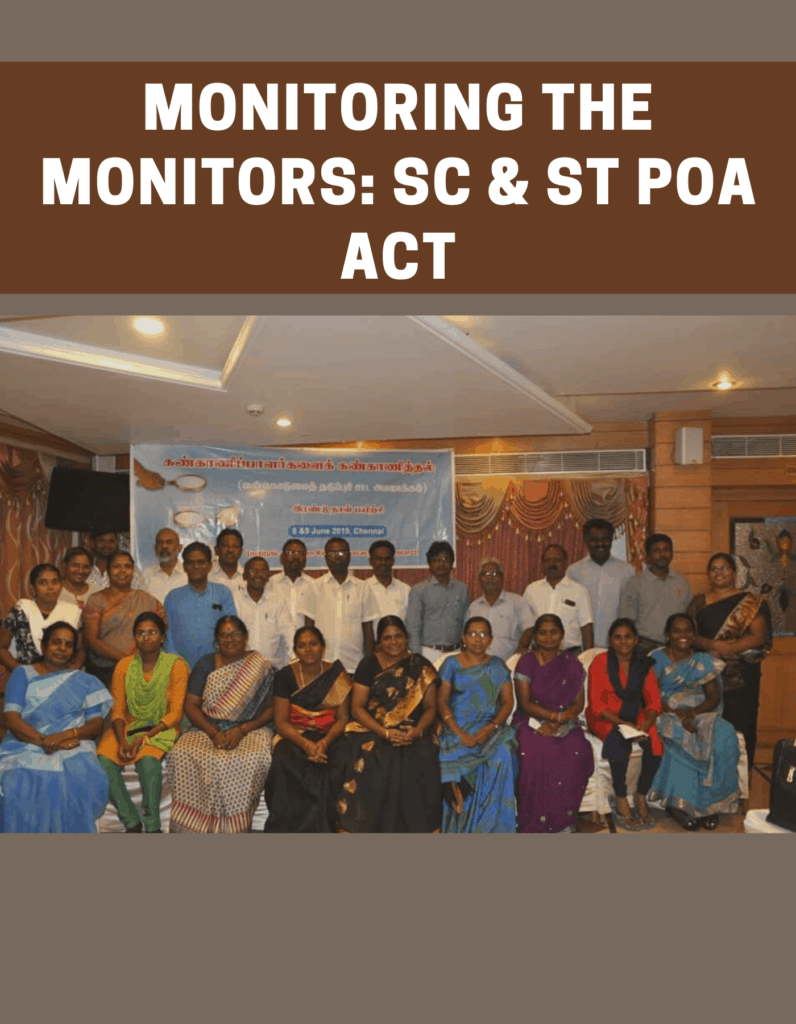 An the Introductory training on monitoring the monitors of the Scheduled Castes and Scheduled Tribes... 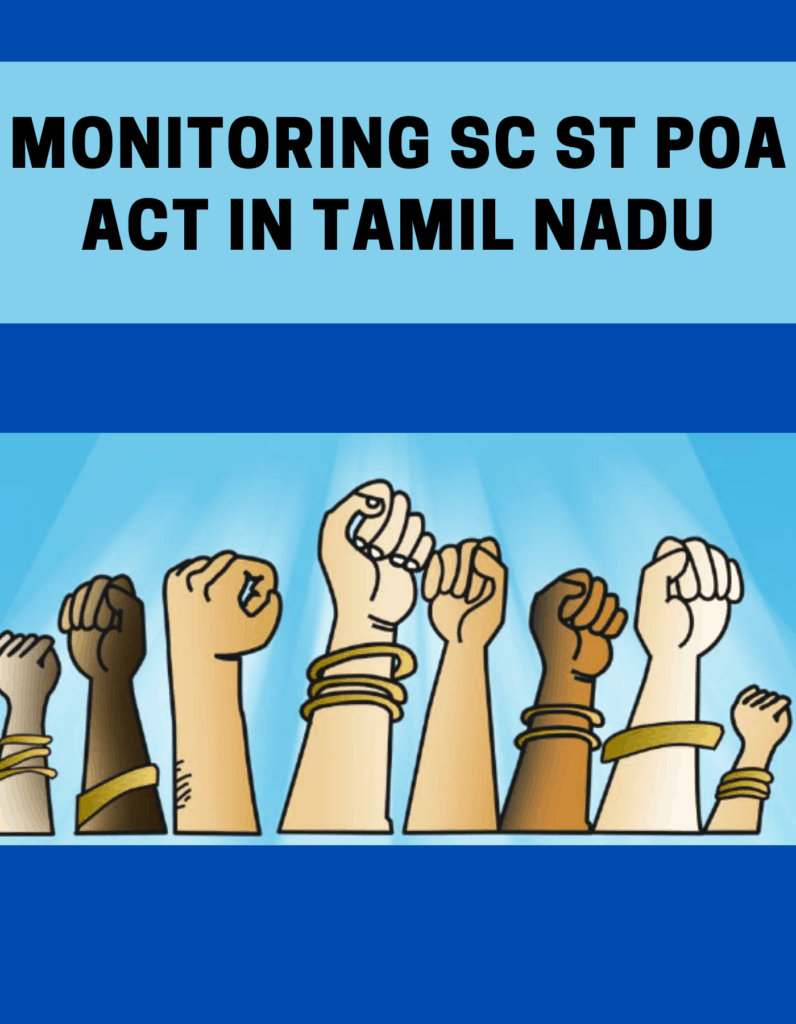 Human Rights Advocacy and Research Foundation organised a ‘planning meeting to monitor the Implementation of... 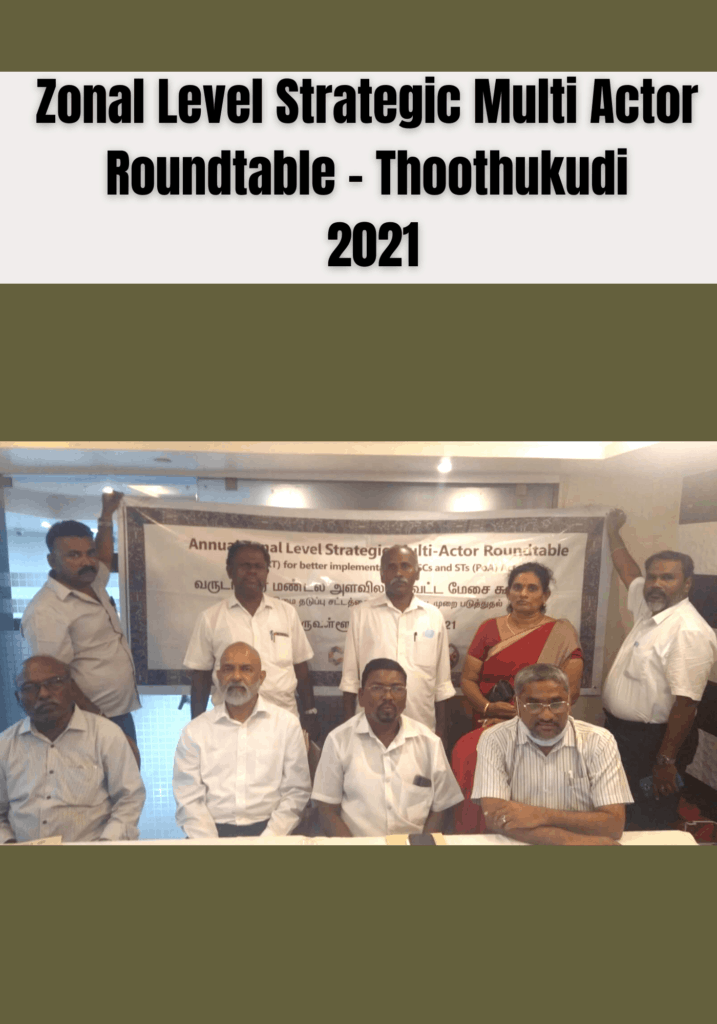 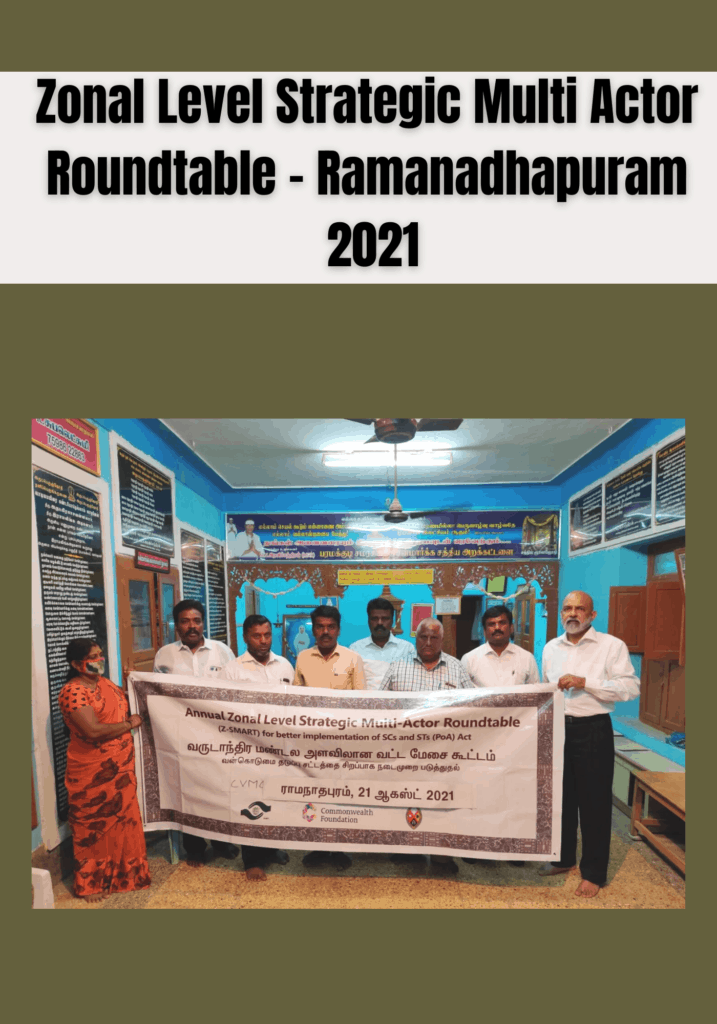 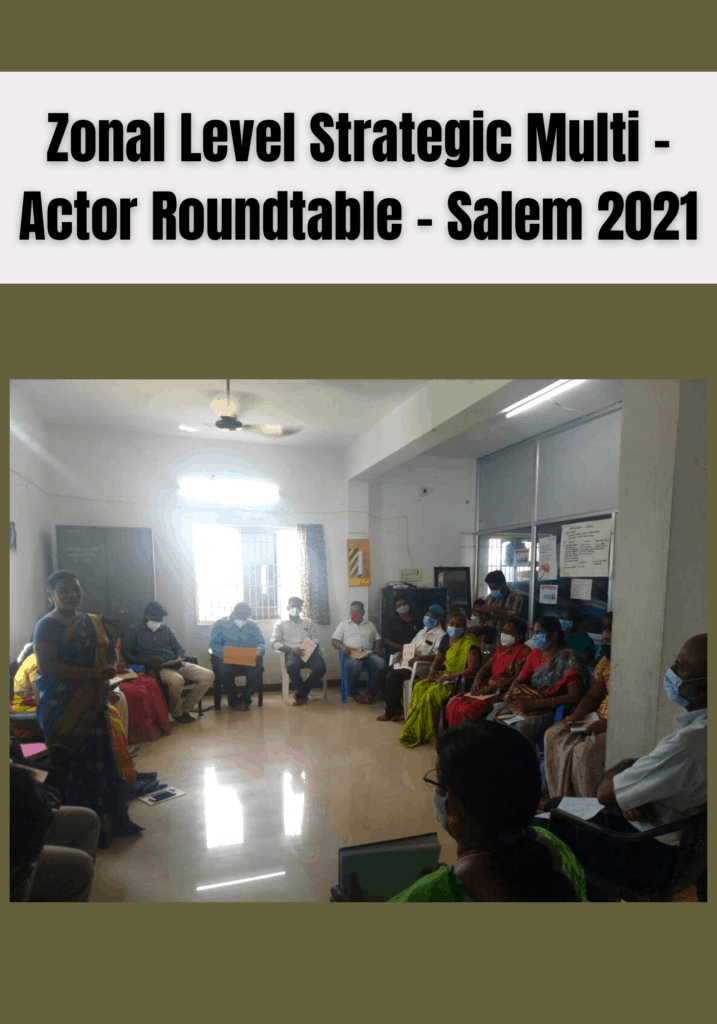 The SCs & STs (Prevention of Atrocities) Act – Tamil Nadu State Annual Report – 2020 Under Rule 18 of PoA, the TN State Government has published the State Annual Report 2020 having the measures taken, various schemes/plans framed by it during 2020. It shall be forwarded to the Central...